The purpose of the Career Services Advisory Council (CSAC) is to advise and actively support Cal Poly Career Services in achieving our mission of empowering students to achieve a lifetime of meaningful career success.  The council meets biannually to provide insight to Career Services on topics such as recruiting trends, skills needed by new college graduates, and employer development strategies. In addition, members may engage with Career Services through activities such as on-campus recruiting, participating in career education programming, and providing career mentorship and guidance for students. 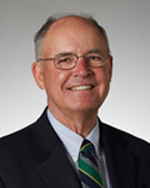 Dean, Emeritus of Cal Poly’s College of Science and Mathematics

Phil Bailey is dean emeritus of Cal Poly’s College of Science and Mathematics and professor emeritus in the Chemistry and Biochemistry Department. He is currently Director of the Frost Fund, a program developed with a $110M donation to Cal Poly’s College of Science and Mathematics for the support of undergraduate research and academic program excellence.  He joined Cal Poly’s faculty in 1969 after earning BS and Ph.D. degrees in chemistry from the University of Texas (Austin) and Purdue University respectively. He became associate dean in 1973, dean in 1983 and was Interim Vice-President for Academic Affairs in 1989-90 and Interim Provost for three months in spring and summer of 2015.

Dr. Bailey and his wife Dr. Christina Bailey (Professor and Chair Emeritus of Cal Poly’s Department of Chemistry and Biochemistry) are co-authors of a number of books including Organic Chemistry, A Brief Survey of Concepts and Applications (Prentice Hall, 6th Edition; English, Spanish, Japanese, Korean).

Dr. Bailey has assumed major leadership roles in several facilities projects including Faculty Offices East, the Baker Center for Science and Mathematics, acquisition of the Cal Poly Pier to support the Center for Coastal Marine Sciences and the currently under construction William and Linda Frost Center for Research and Innovation. 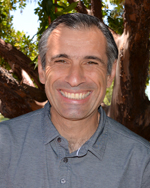 Since joining Apple in 1999, Audra has served in key roles that fuel Apple’s talent pipeline. She built Apple’s Finance Development and recruiting programs, IS&T's Development Program, and Launch@Apple, a program for first generation college students. Most recently, she has been involved with starting talent programs for Real Estate & Development and Apple TV Production Finance.

Prior to her tenure with Apple, Audra held positions with Cummins Inc. in HR, Labor Relations, and International HR. Audra holds a Bachelor of Science degree from Northwestern University and a Master of Arts degree in Labor & Industrial Relations from the University of Illinois at Urbana-Champaign. 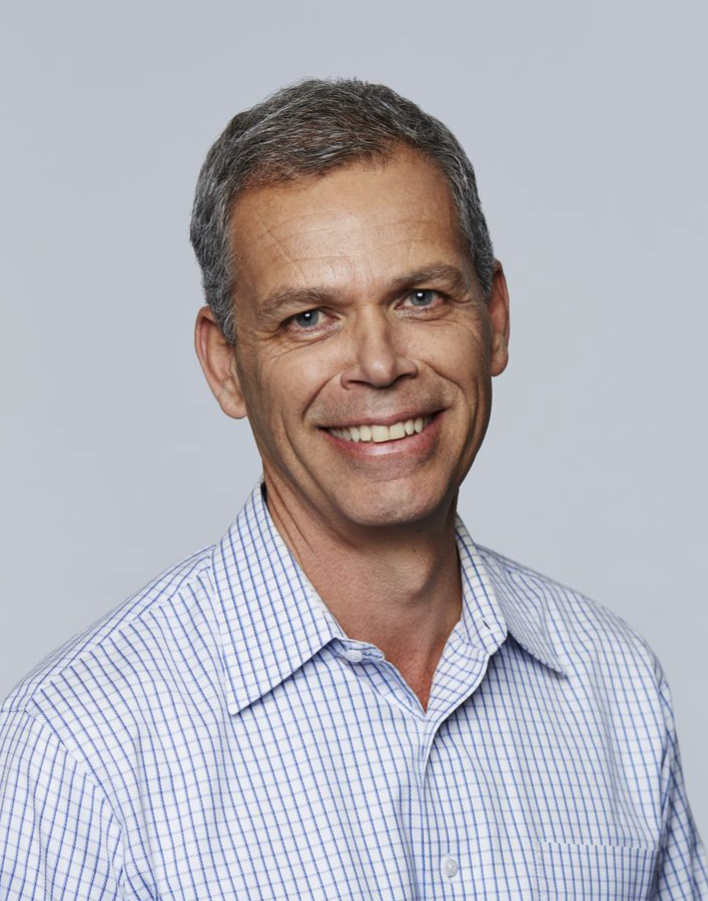 Gamiel is the Chief Commercial Officer for Mayfield Fund, which is an early stage venture capital firm based in California for over 50 years. Gamiel and his team support market adoption and funding support for the entire portfolio of Mayfield's investments that includes investments in Enterprise IT, SaaS, Consumer, Human and Planet Health startup companies. Gamiel has a formalized rubric to support early Product Market Fit for startup companies. 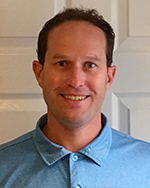 Jason King is the Associate Director of Corporate Relations at UC Irvine - Bren School of Information & Computer Science. He has previously worked for companies in the energy management and energy solutions industries, focusing on various technologies including Fuel Cells, EV Charging Stations, HVAC, Solar, Micro-Grids, and Battery Storage Systems. A graduate of Cal Poly San Luis Obispo, Jason holds degrees in Communications Business. He also holds various certifications in energy and sustainability. Currently, Jason is the Vice-President of the Cal Poly Orange County Alumni Chapter. Additionally, he is the Co-Founder and President of the Young Professionals In Energy (YPE)- Orange County Chapter. Focusing on “Future Forward Thinkers”. In his free time, Jason is an avid surfer, sailor, mountain biker, and all around outdoor enthusiast. He also regularly volunteers with various non-profit and outreach organizations focused on helping disadvantaged individuals and communities. 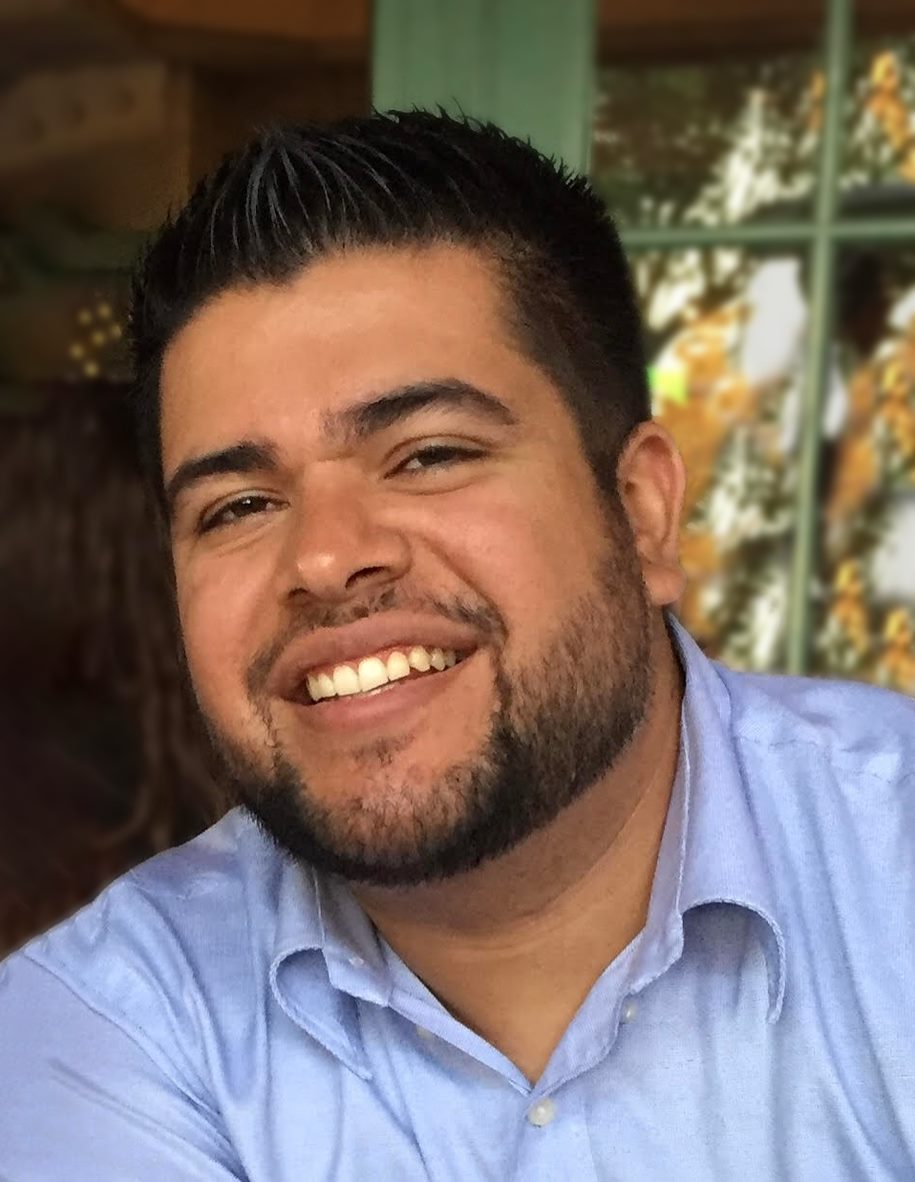 Alex Jáuregui is a Principal at Kermit McKenzie Intermediate School in Guadalupe, CA. Alex graduated from UCSB with a BA in History, received his teaching credential from Cal Poly and later received his Masters in Educational Leadership. His focus as an educator has been to ensure all doors are open for all students. He believes all students can succeed and its our job to help ensure it. Alex currently resides in Santa Maria with his wife Janet and his 4 children. 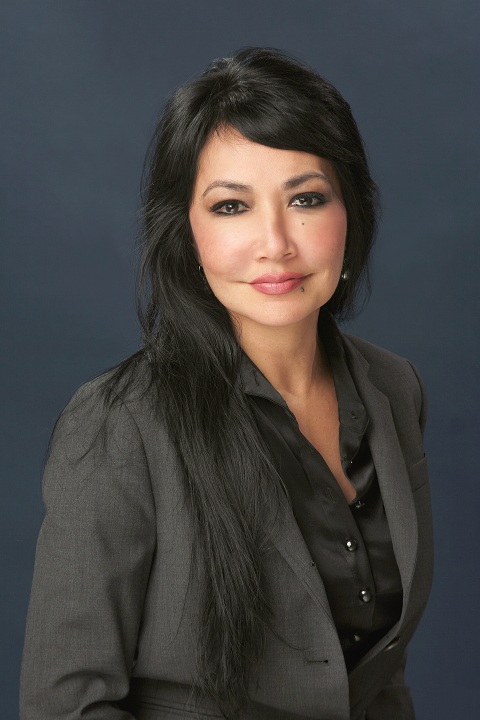 Sabrina Linnemann is Vice President of Network Management for Regal Medical Group, one of the largest physician networks in Southern California. In this position, she is responsible for oversight, management and strategic growth of the primary care physician network in Orange, Riverside and San Bernardino counties, representing nearly 1200 primary care physicians. Regal Medical Group provides healthcare for over 600,000 insured members in Southern California through a network of physicians, hospitals, urgent care centers, and ancillary healthcare services.

Prior to working for Regal, Sabrina was the Director of Operations for Concentra, the nation’s largest occupational medicine and urgent care provider. In that position, she was responsible for all aspects of operations in the Southern California and Hawaii regions, which served 1600+ patients per day and generated over $45M of revenue annually. She credits Concentra’s emphasis on professional development through leadership training as instrumental in preparing her for a position of greater responsibility.

Sabrina began her healthcare career in a less traditional path. She worked with her husband to start up his medical practice and learned the business from the ground up, to include all aspects of business operations, work flow development, facilities and leasing, and revenue cycle management. She earned her Bachelor of Science in Health Systems Management from Chapman University while working and caring for her three children. Her educational goals were hard fought as she balanced a young family and a growing medical practice with her desires for personal achievement. Her education was started and stopped several times along the way, but she persevered and ultimately completed her degree at Chapman. Sabrina’s desire to coach and mentor students is inspired by the non-traditional path she followed in pursuit of her educational and professional goals. 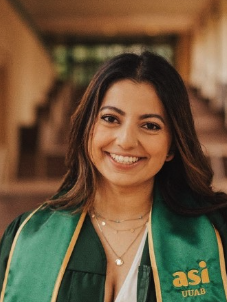 Epsa Sharma is a 2020 graduate from the Orfalea College of Business, where she majored in Business Administration, concentrating in Information Systems & a minor in Media, Arts, Science, Technology & Society.

Her professional career after college include working as an Information Security Analyst at VMware, to Business Operations & Workforce Management at Walmart Connect. She is currently at Adobe, as a Business Operations & Strategy Analyst for the Adobe Cloud Technology Platform. As someone with a passion for building connections on a personal & professional front, the world of 'BizOps' world serves as the connective tissue of a Business, the true intersection of people, operations & systematic thinking.

At Adobe her role leverages her previous experiences, but is focused more on long term strategy & impact. She works cross-functionally to connect key partners to gather technical & business insights to build a story that resolves pain points faced by the company. Within her data storytelling, project/program management, Epsa aims to have a proactive & intentional Diversity, Equity & Inclusion focus.

In her free time, she enjoys hosting her podcast @ReimaginedPodcast, exploring the new restaurants, coffee shops & local concerts that San Francisco has to offer! 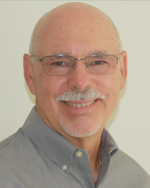 Kraig graduated with a BS in Environmental Engineering from California Polytechnic State University (Cal Poly) in San Luis Obispo and an MBA from UCLA. Kraig Scheyer retired from a 34 year career in the Aerospace Industry. His most recent position was with Northrop Grumman as Vice President of Administrative Services. He now is self employed making custom craftsman furniture and home restoration. He volunteers with Habitat for Humanity providing process improvement consulting and is on the board of a nonprofit.

Kraig also provides support to businesses in the areas of project management systems, project management of construction projects, travel, and environmental health and safety. Kraig has served as chair of the Cal Poly College of Engineering Dean’s Advisory Council and Is now representing Cal Poly on the California State University Alumni Council. He is also a member of the Cal Poly Alumni Association Board of Directors. In 2021 Kraig was nominated as an Honored Alumni and received the Distinguished Service Award from Cal Poly. 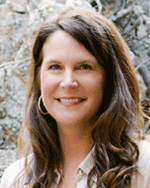 Lauri Shiffrar is an Assessment Analyst with the County of San Luis Obispo, where she serves as the Human Resources Liaison for the Assessor’s Office. In this role, she works directly with elected official Tom J. Bordonaro, Jr., the County Assessor, on outreach and recruitment efforts, onboarding of new hires, performance evaluations, employee development and retention, and organizational development. Prior to working at the County, Lauri was the Development Coordinator for Marian Medical Center Foundation and completed an 18-month-long fellowship program through the Santa Barbara Foundation on leadership and raising funds for non-profit organizations. She also has private sector work experience in the wine and agriculture industries on the beautiful Central Coast.

Before Lauri started her professional career, she earned a Bachelor of Science in Economics from Cal Poly’s Orfalea College of Business. During her time at Cal Poly, she was President of the Economics Association and served on other committees. A fifth-generation San Luis Obispo County native, Lauri is also proudly a second generation Cal Poly graduate.

Lynda Tesillo is a Design Group Leader and Senior Mechanical Engineer at Lawrence Livermore National Laboratory (LLNL) working on modernizing and extending the life of the US nuclear stockpile. She attended California Polytechnic State University, San Luis Obispo, where she earned her BS and MS in Mechanical Engineering with a concentration in Mechatronics. Lynda is very passionate about science, technology, engineering, and mathematics (STEM) outreach and has been a strong advocate for women and minorities in STEM. She is active with various groups throughout LLNL including the Women’s Association and the Early Career Employees Group. She promotes LLNL's programs as often as she can to young students interested in STEM and strongly advocates for improving diversity in STEM fields. 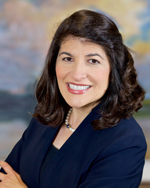 Cynthia Tusan, CFA is the Founder and President of Strategic Global Advisors, LLC, an employee-owned registered investment advisor based in Newport Beach, California. SGA manages approximately $3.2 billion in international, global and domestic equity strategies, primarily for institutional investors. Ms. Tusan’s investment career spans more than 20 years, including 16 years with Wells Fargo where she began in 1989 as a Senior Portfolio Manager. Ms. Tusan earned her BA in Economics from Bryn Mawr College and her MBA from the Anderson School at UCLA. She is a CFA charter holder and is a member of the CFA Society of Los Angeles and the CFA Society of Orange County. 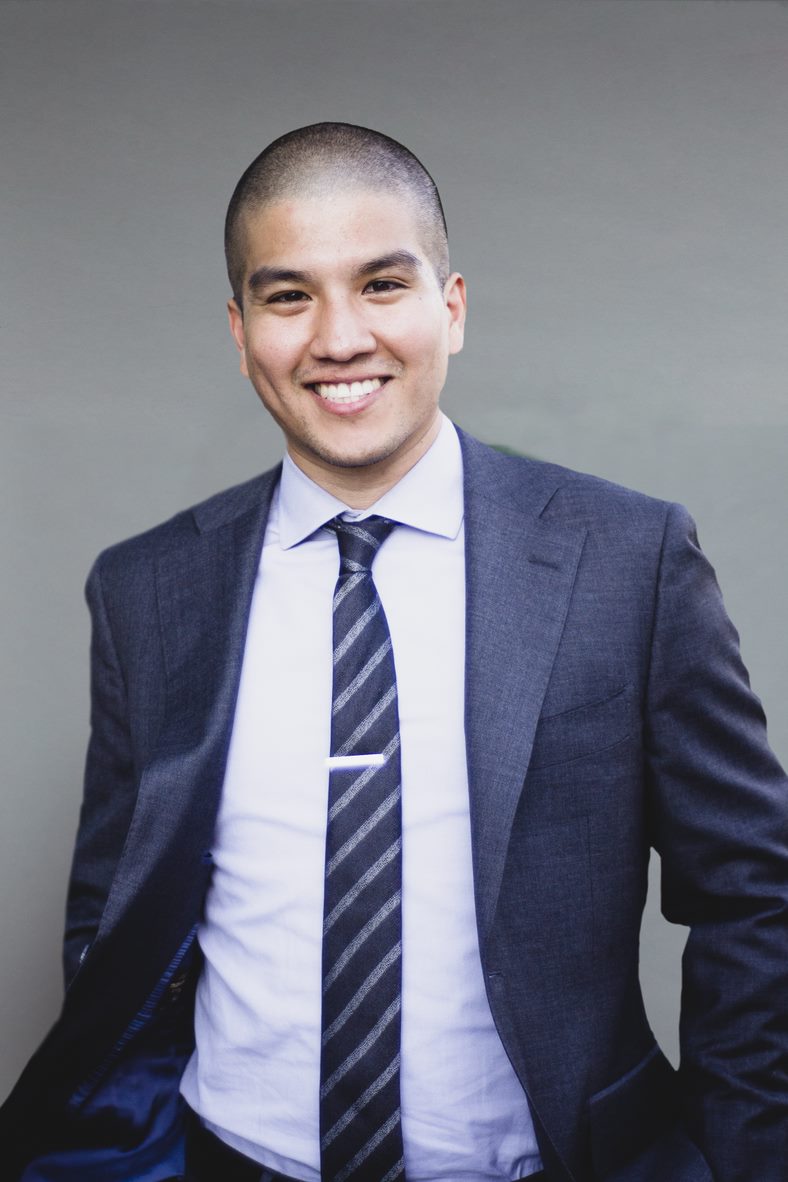 Carlos Villacis is a seasoned communications and energy professional who supports Antenna's Cleantech and Mobility clients as Account Director. Prior to Antenna, Mr. Villacis spent nearly 5 years as a contractor for the U.S. Department of Energy (DOE), culminating in his role as communications lead for DOE's sustainable transportation offices. Mr. Villacis has extensive experience in providing communications and analytical support for various public-sector, private-sector, and non-profit organizations, executing a myriad of successful campaigns concerning environmental sustainability (with an emphasis on clean energy). He earned a Master's degree in Environmental Policy from George Washington University, as well as a Bachelor's degree from Cal Poly San Luis Obispo in Political Science.